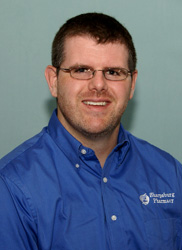 Brian is a graduate of the University of Maryland School of Pharmacy where he received his Doctor of Pharmacy (PharmD) degree in 2006. He has worked locally since graduation and purchased Sharpsburg Pharmacy in October of 2008. Brian has been extremely active in several pharmacy organizations. He has chaired the Maryland Pharmacy Coalition and has served as a Trustee, Legislative Committee Chair, Personnel Committee Chair, Vice President, President, and Chairman of the Maryland Pharmacists Association. Brian is also active with the University of Maryland School of Pharmacy Alumni Association where he has served as President. He has been honored with several pharmacy awards including the Frank J. Slama Award for excellence in extracurricular activities, the John F. Wannenwetsch Memorial Prize for exceptional performance and promise in community pharmacy, the 2007 Pharmacists Mutual Distinguished Young Pharmacist Award, and the 2014 Maryland Pharmacists Association Mentor Award. Brian has received special training in Diabetes counseling with the Maryland P3 Program and has been certified to provide vaccinations in Maryland since 2006. He has spent much time working with pharmacy professional organizations and legislators in the MD General Assembly to lobby for pharmacy and patient care issues. John is a graduate of the University of Louisiana at Monroe School of Pharmacy.  He is immunization certified and has many years of experience working in community pharmacies in the area.  John is a registered pharmacist in the State of Maryland and is certified to provide vaccinations.  When not working at the pharmacy, he enjoys science fiction movies and gardening. 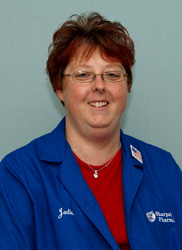 Jodie joined our team in 2010 and became a Maryland registered pharmacy technician in 2020. Jodie lives locally with her husband Danny and when not working at the pharmacy she enjoys relaxing and spending time with her family. 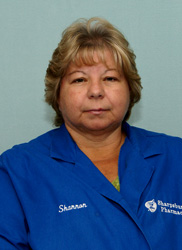 Shannon is a PTCB certified and Maryland registered pharmacy technician who has worked for Sharpsburg Pharmacy since 2000. Shannon grew up in Sharpsburg and continues to live locally with her husband Steve. When not at the pharmacy Shannon enjoys spending as much time as she can with her granddaughter Haley. Micah is a PTCB certified and Maryland registered pharmacy technician who has worked for Sharpsburg Pharmacy since 2016. When not at the pharmacy Micah enjoys going on adventures with his daughters and practicing for the PGA Tour.